Think about clean modern lines in home design and images that come to mind may be those of quiet sophistication, a Zen-like quality and architectural details such as bold blocks of color, high ceilings and geometric shapes. So what do you do when you have a home that is the exact opposite? You transform it, of course.

In the 50s, California went through a period of en masse home construction. The majority of these being, “Cinderella” homes—low style bungalows, punctuated with long roof overhangs and rounded rafter-tails, with fronts typically using brick for wainscoting and planters. Inside, the general idea was to create open-space plans, where the homemaker was still in constant touch with the family—instead of being isolated—while working in the kitchen. Our client’s home, located in the Sunset Park neighborhood of Santa Monica, had remnants of several types of designs (having gone through several iterations prior to Dwellarc’s re-visioning). Though not a “traditional” Cinderella style it had elements from the era; including gingerbread trim and decorative plaster ornamentations on the ceiling. A closed off galley style kitchen did little to accommodate the family’s entertaining needs, and a hodgepodge of varying styles competed with the home’s interior design. 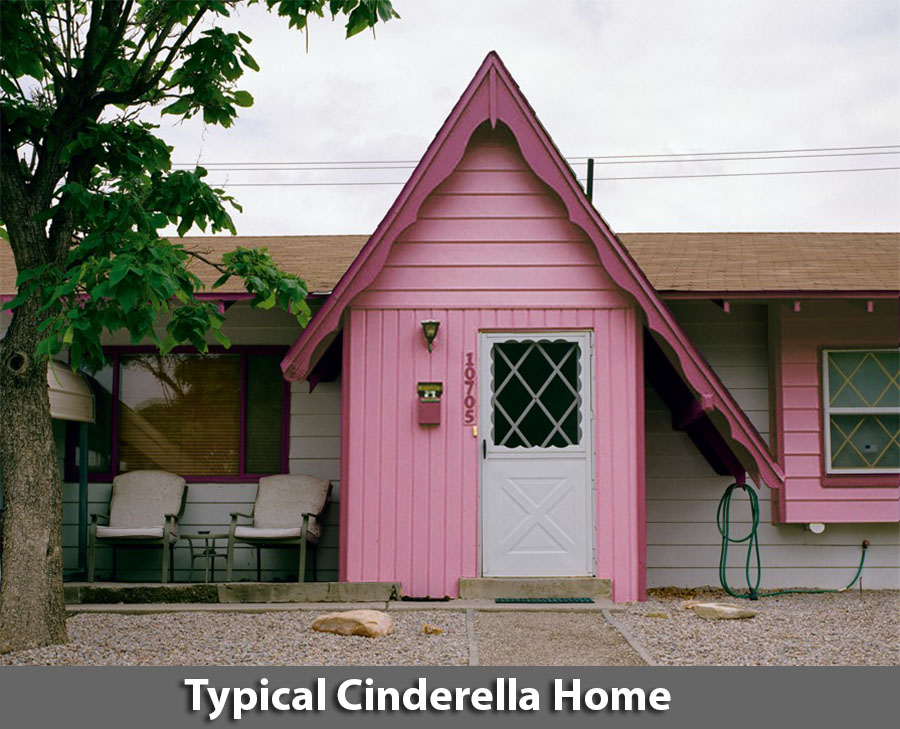 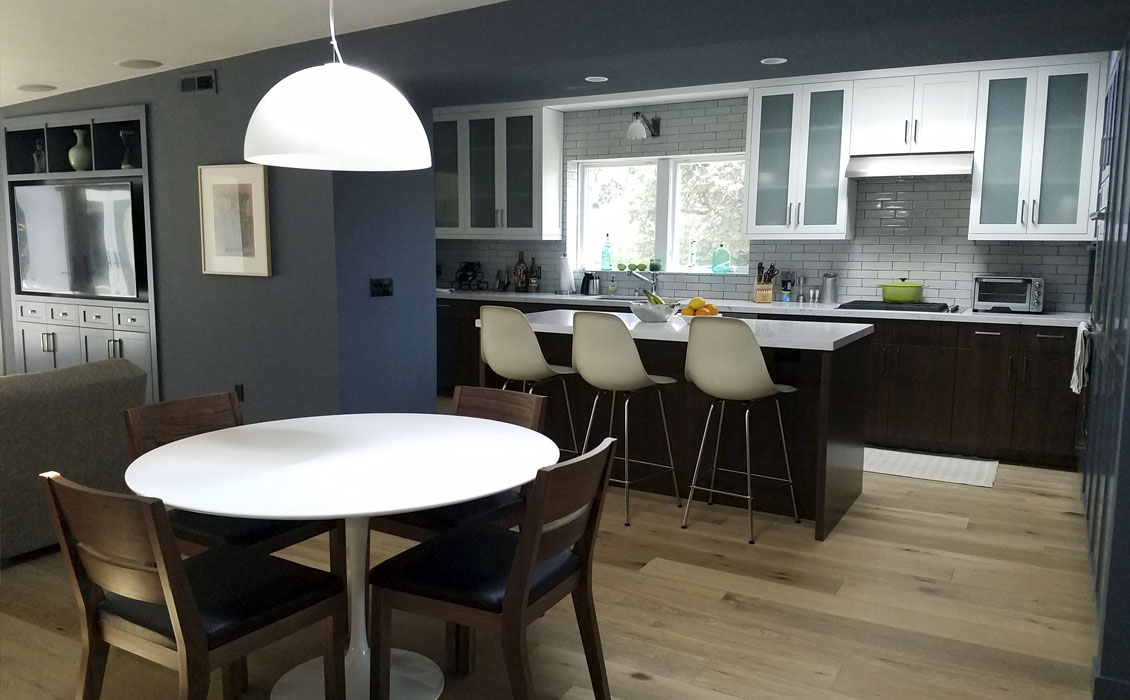 The kitchen redesign includes an island counter that also serves as an informal eating area and a kitchen office is discreetly hidden behind the adjacent cabinets. We removed a wall to allow for the kitchen, dining and family room to be connected by the open space. The formal living room, while separated by a wall, is open sufficiently to allow flow and connection with the family/kitchen area while still being private enough to entertain guests. We used a bold cobalt blue palette, accented with white upper cabinets and stained walnut on the lower cabinets. New skylights brighten the spaces with diffused natural light above the dining table as well as the cooking area. Dwellarc selected all the interior design finishes, plumbing fixtures, accent lighting and much of the furniture.

For the fireplace we used 3/8” thick raw steel plate to create a custom fireplace surround, finished with Lenaburg Handcrafted Tile available at Universal Tile and Marble Inc. The same light gray tile was used on the kitchen backsplash, tying the rooms together. 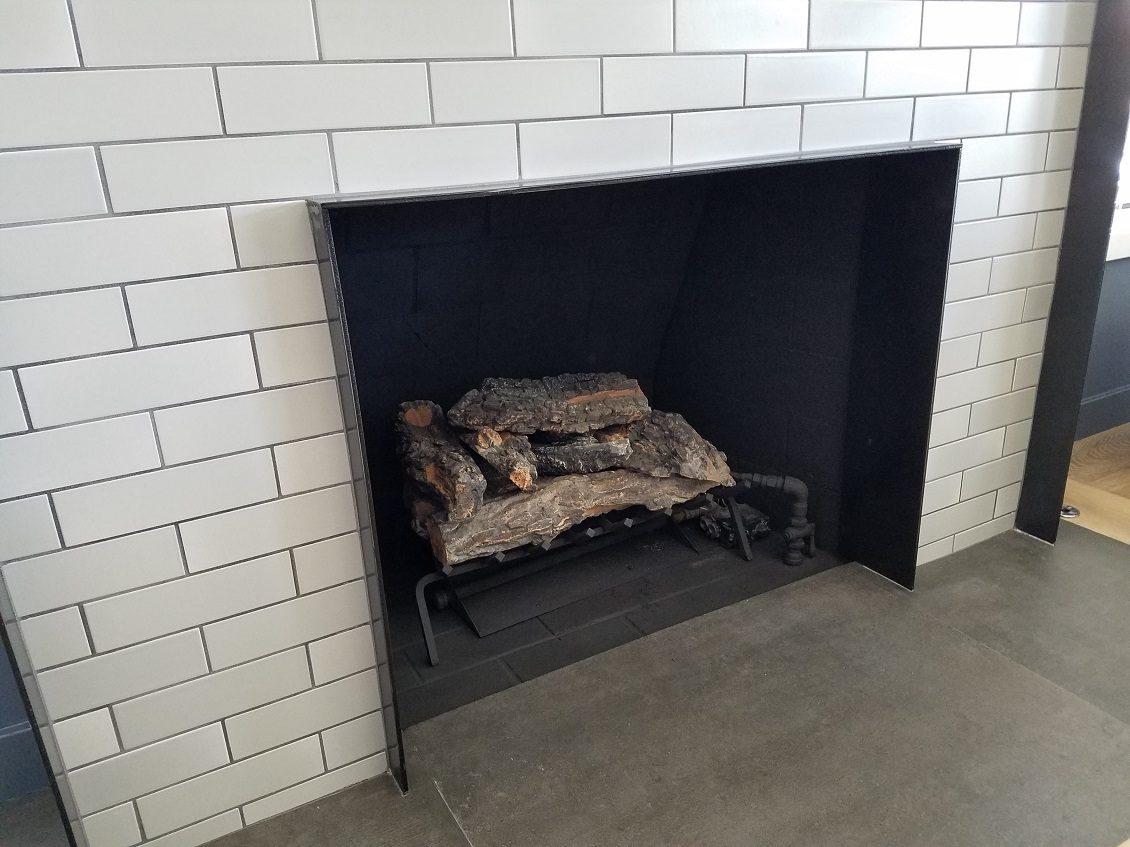 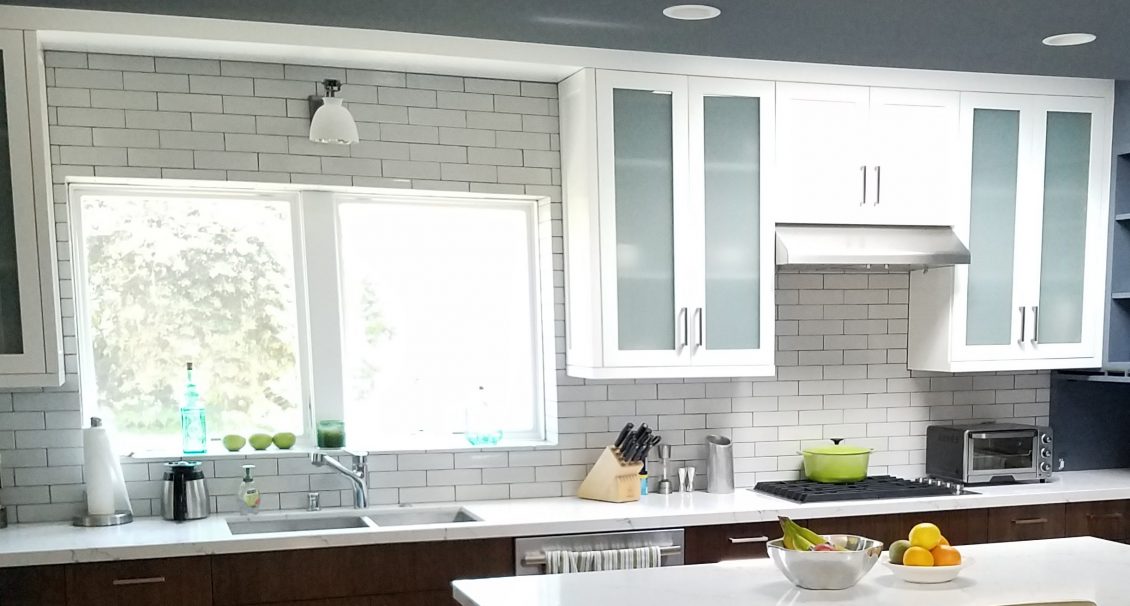 While in the layout phase, the homeowner hadn’t considered the possibility of creating a private master bedroom suite. Dwellarc proposed to reorient the central hallway and relocate an adjacent bedroom door to the opposite side of that room. The master bedroom therefore became its own private zone with views of the new front patio and garden. Strategically placed Melaleuca trees provide additional privacy from the street. Inside the house, privacy from the family room is achieved using two sliding doors with laminated glass; installed in the hallways providing access to the three bedrooms as well as the guest bath. 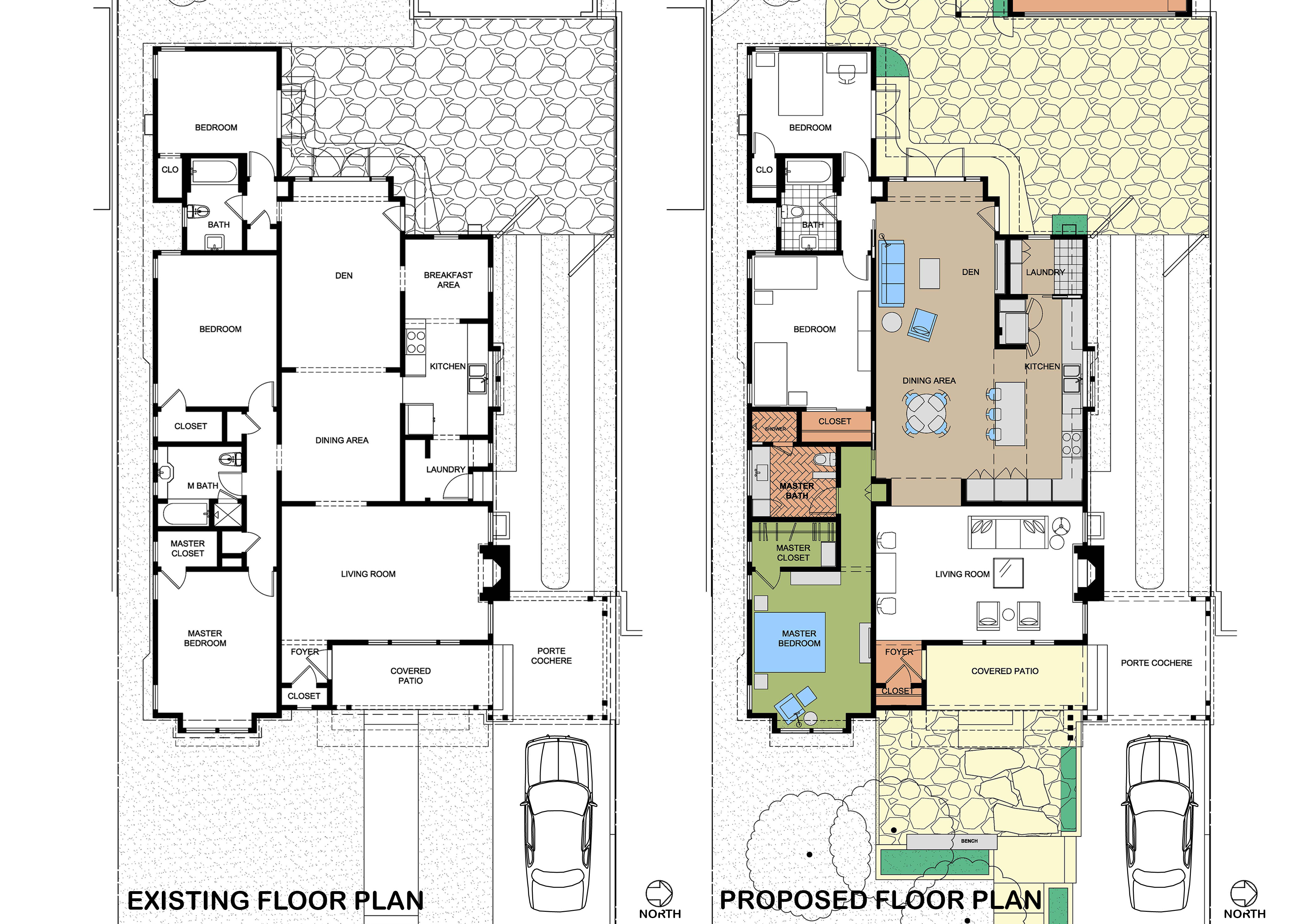 While designing the master suite, Dwellarc went one step further and suggested a redesign for the front yard. We felt it was imperative to replace the existing concrete walkway and steps and add a flagstone patio that matched the existing flagstone paving in the rear yard. The new patio in effect becomes an extension of the covered porch into the front yard and is a welcoming area for the homeowners to greet guests. A custom designed concrete bench along with the tranquil garden setting also creates a perfect opportunity for socializing with neighbors.

The entry foyer—which is remodeled to add a whimsical tower that acts as a beacon, visible from the street—features recycled fumed redwood siding from E&K Vintage Wood on the ceiling and provides a dramatic backdrop for this Lumi-Mochi, blown glass pendant light designed by Valerio Sommella, available at YLighting. 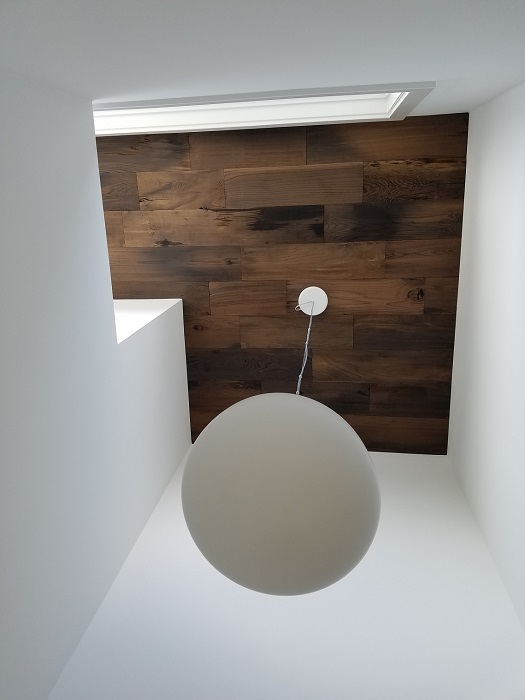 Outside, we added a distinctive overhanging roof structure finished with matching fumed redwood siding where you can see the rays of light casting shadows on the porch below. The existing concrete walkway and stair was awkwardly designed and not up to code. The new asymmetrical layout is a series of concrete steps with intermediate landing areas bordered by ground-faced concrete block raised planters, which reinforces the mid-century style.

During the first plan check review, the city requested we remove the existing porte cochere. After researching, Dwellarc discovered records from the LA County Assessor which showed the porte cochere was built with the original home and according to the building code could remain in place. Dwellarc’s design integrates the mid-century design style with the existing California bungalow.

Also working with Dwellarc on the project is Gina Neusteter of Romneya. Gina designed and installed the planting and was responsible for selecting the specific plants and the overall appearance of the garden areas. 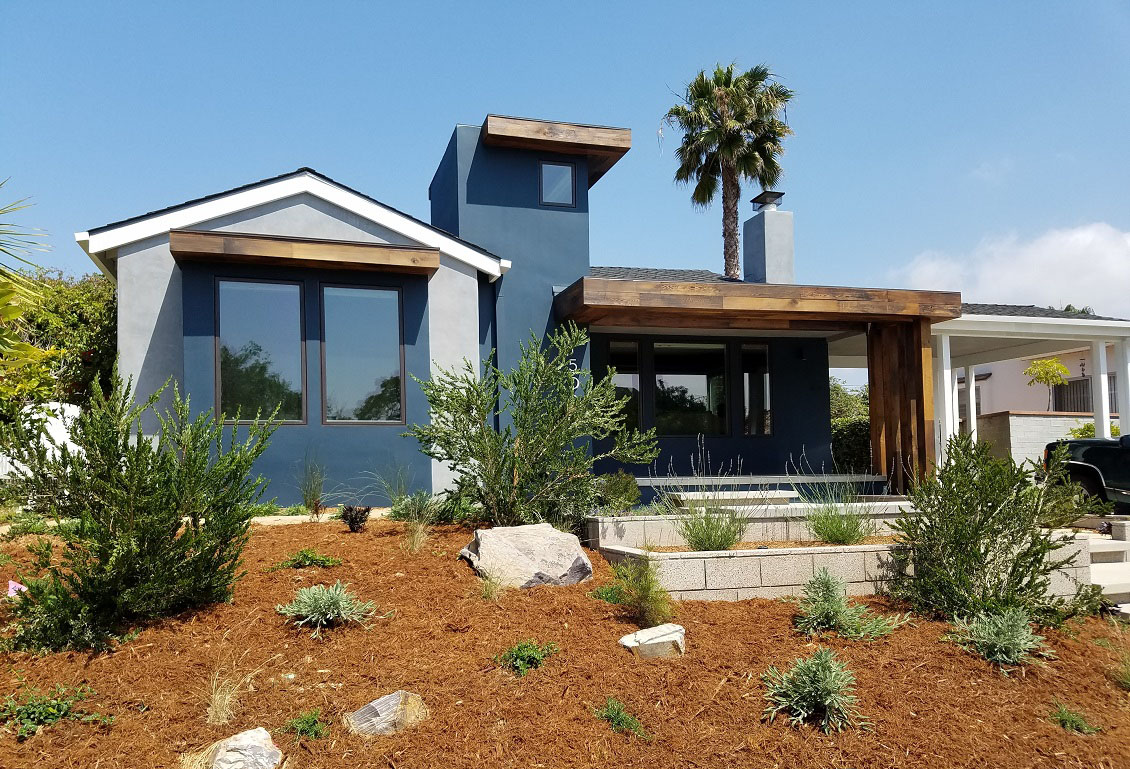 Working collaboratively with Gina to integrate the home with the outdoor patios and gardens, Dwellarc suggested the Melaleuca trees to increase the visual privacy between Hill Street and the adjacent public sidewalk and also to add to the home’s environmentally friendly curb appeal. The client loved the harmonious design ideas and decided to increase the scope of work into the rear yard.

In the rear yard, the existing lawn area was expanded to allow space for the kids to practice soccer. A curvilinear patio for a built-in, custom designed fire bowl was added as well as converting the existing two-car garage into a much-needed recreation room. The new recreation room opens to a large patio space for outdoor dining, subtly lit overhead with dimmable LED string lights available at PartyLights.com. 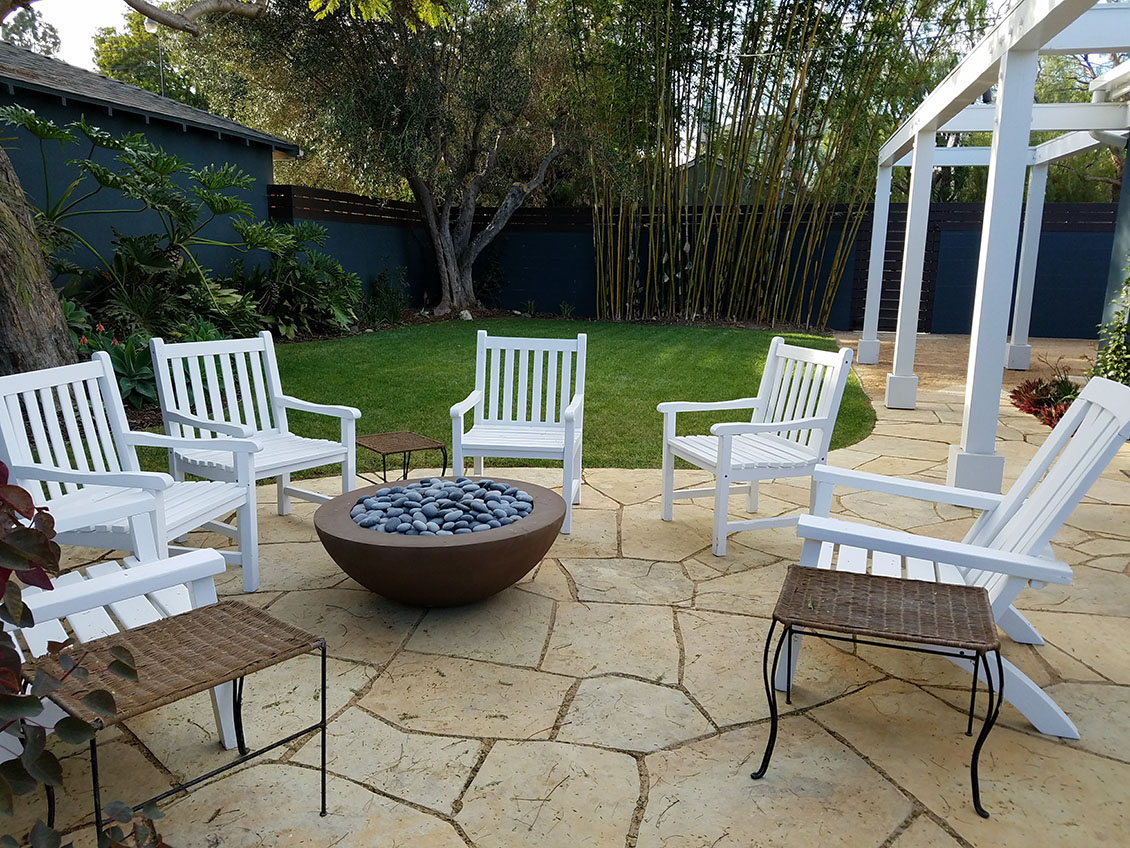 In the front yard, Cone-bushes, gazania and three strategically placed sage bushes, along with several grevillea plants and Carmel Creepers grow to create visual privacy from the street. Ornamental grasses, such as Purple Three Awn and Cape Rush, fill in the space along with “Moses In the Cradle” ground cover. In the foreground, Prostrate Rosemary edges along the front wall and on the side, a blend of perennials and annuals such as blackbird spurge and kangaroo paw round out the space with gentle hews of color. 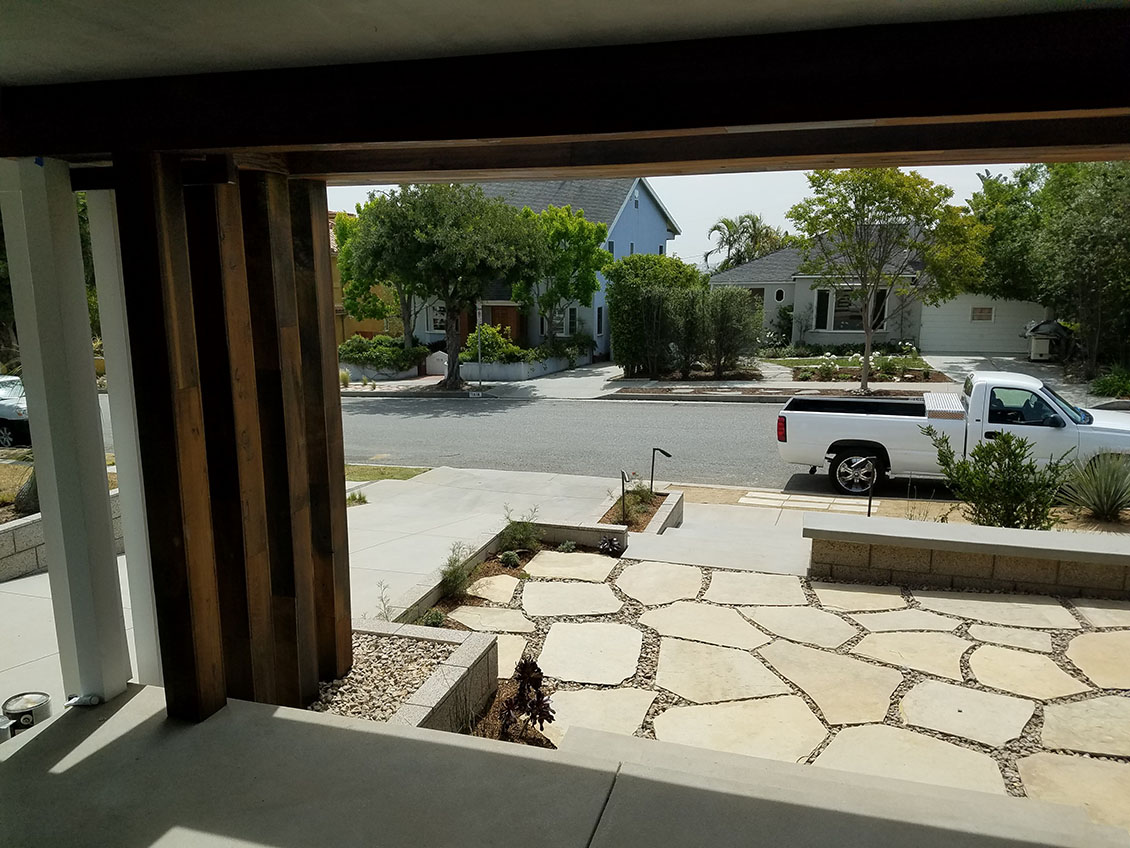 The new entry patio and new stairway takes visitors on a journey through a garden to the front door where the once hodgepodge bungalow has been completely transformed. The bold use of color on the front façade, plus the addition of unique mid-century design elements and a dramatic front garden create curb appeal that the homeowners truly cherish. The clean lines and open floor plan help to create the type of home that draws people in while also meeting one of our early goals, to become a favorite place for entertaining family and friends. 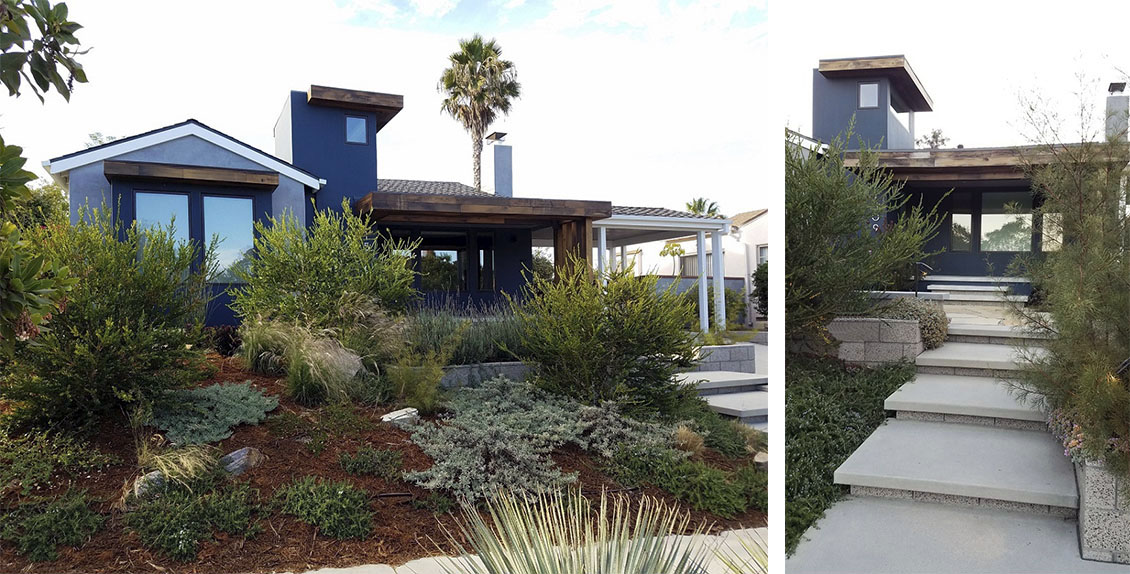 “Let us create the home you love.”